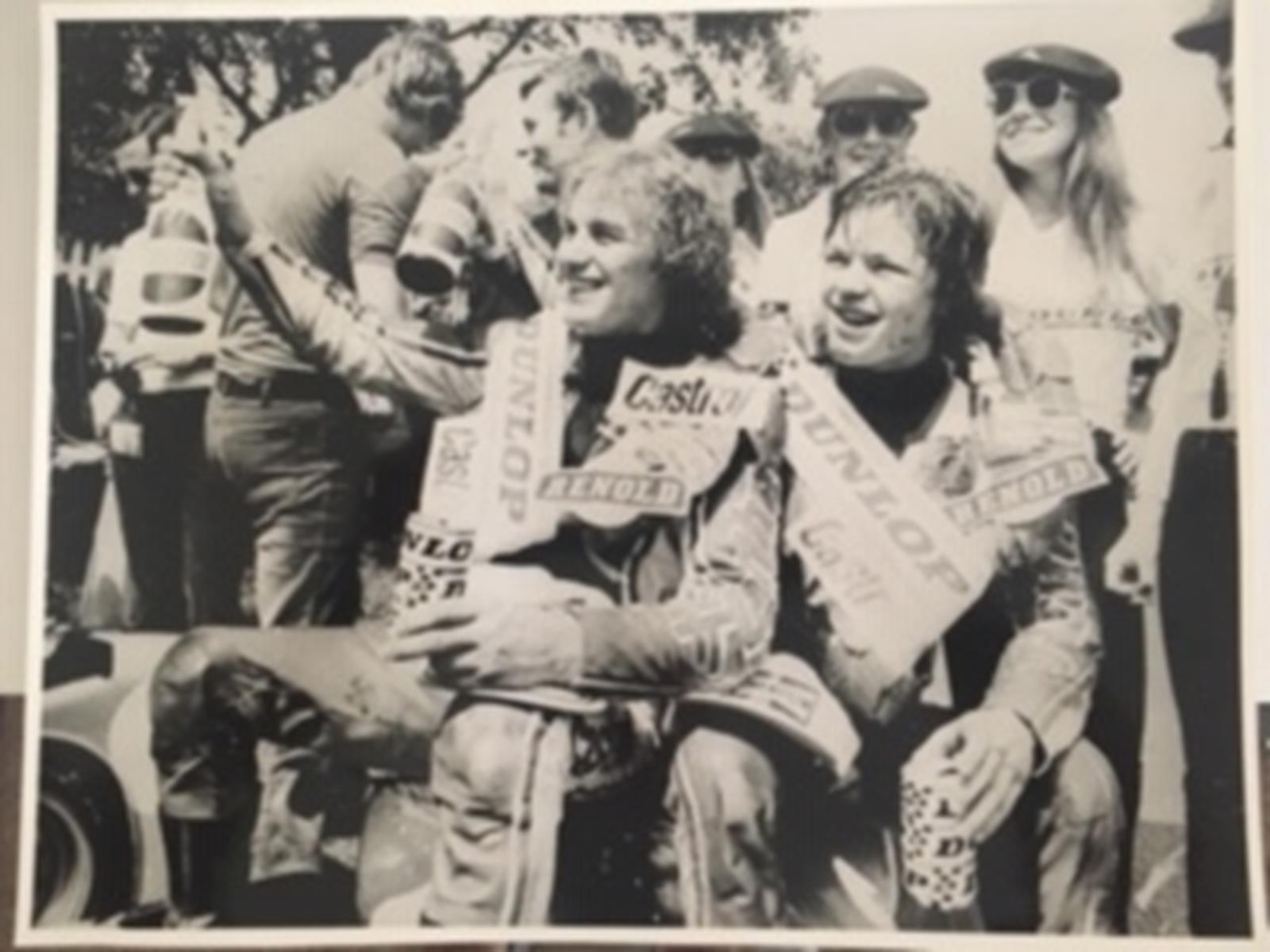 Jock “The Flying Scotsman” Taylor’s World Championship and TT winning short chassis Fowler Yamaha sidecar entered into the Charterhouse classic, race and vintage motorcycle auction being held on the Isle of Man at this year’s Classic TT in August is expected to sell for £200,000-250,000.

“We are delighted to be instructed to auction this hugely important piece of sidecar motorcycle history.” Commented Matthew Whitney. “It is probably the opportunity of a lifetime to acquire what is arguably the most successful and important sidecar ever to have been raced.”

John Robert Taylor was born in Pencaitland, East Lothian, in 1954. He entered in his first sidecar race, as a passenger to Kenny Andrews, aged 19.

In 1977 he won the Scottish Sidecar Championship and in 1978 started to participate in the occasional Grand Prix race and the British Championship. He teamed up with Swedish 125cc rider Benga Johansson as passenger in 1979 and took his first Grand Prix victory at the Swedish TT in the same year.

In 1980 Jock and Benga won both the World Championship and Isle of Man sidecar race B to win the TT overall. In 1981 he retained the British Championship and went on to be a four times TT winner.

In 1982 the winning duo raised the sidecar lap on the Isle of Man TT to 108.29 mph – a lap record which lasted for seven years.

In the same year, at the Finnish Grand Prix, Taylor and Johansson in the long chassis Fowler Yamaha combination aquaplaned and slid off the road. Colliding with a telephone pole he was being removed from the wreckage by the emergency services when a second sidecar team slid off in the same place tragically killing Jock Taylor.

The short chassis sidecar spent the next 26 years in Donnington at the museum and another four years in Aberdeen. In 2012 it was purchased by the owner with the sole aim of restoring the bike to its former glory. The chassis and all components were covered in rust and everything was seized. Every piece on the bike had to be stripped and cleaned, all bearings in all parts of the chassis were replaced, and the engine was completely rebuilt.

Now, with the owner advancing in years, he has decided to let another collector enjoy this important World Championship and TT winning sidecar. He contacted Charterhouse Auctioneers, although based in Sherborne, Dorset, they are the Isle of Man Classic TT Official Auction Partners who will be conducting a specialist auction of classic, race and vintage motorcycles at Nobles Park on Sunday 30th August.

Also with the sidecar are a number of important memorabilia items including a set of Jock Taylors 1980 TT racing leathers, the TT Lap Board from the 1982 TT, where they set up the lap record of 108.29 mph, the three Dunlop sidecar tyres from this record setting lap and the 1980 1st Place Daily Mirror Sidecar World Trophy won at Donnington Park.

Charterhouse are now accepting further entries for this specialist motorcycle auction. For further information contact Matthew Whitney and the team of specialists at Charterhouse, The Long Street Salerooms, Sherborne, Dorset DT9 3BS on 01935 812277 or visit www.classictt-auction.com