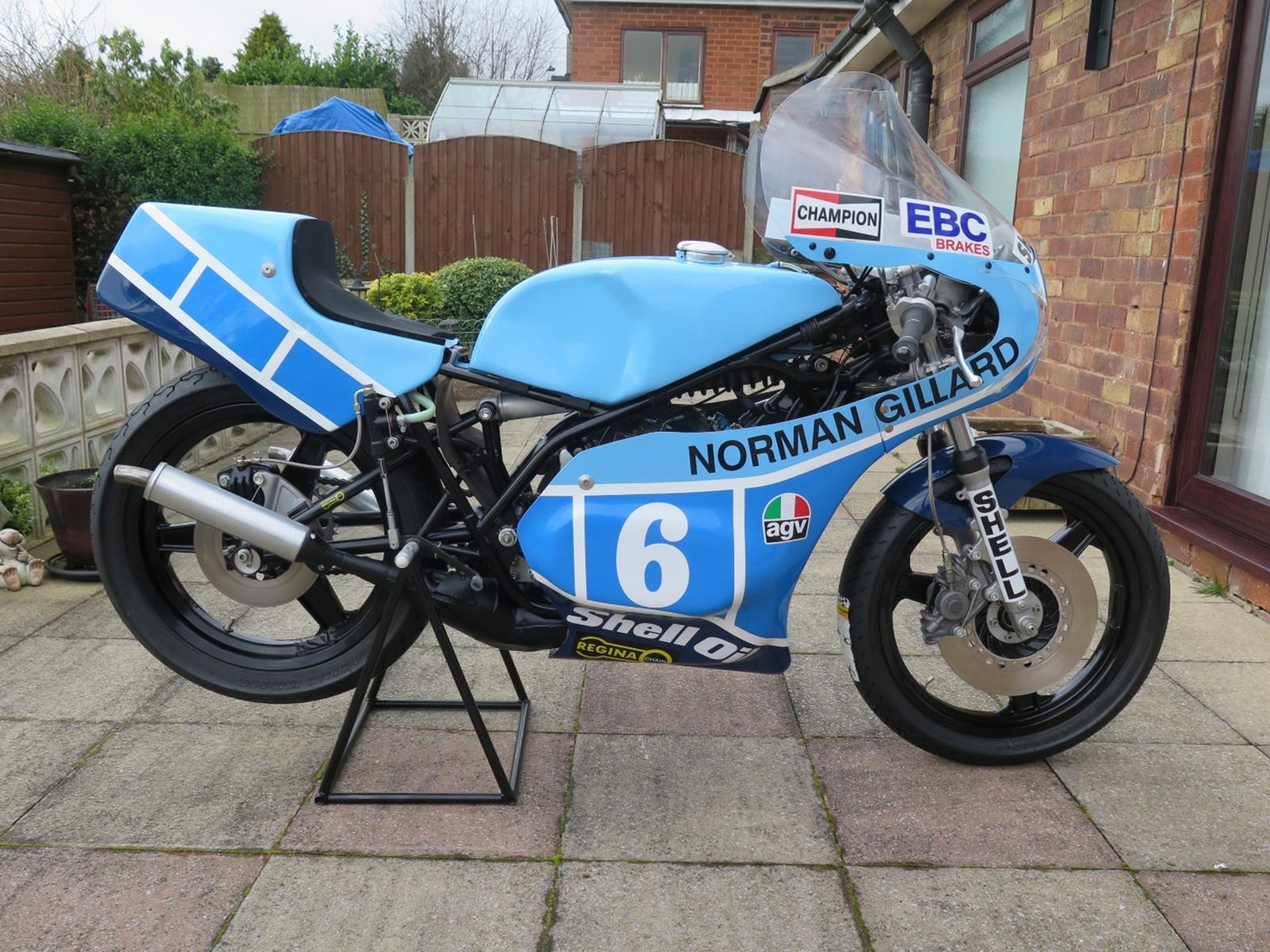 There is a huge selection of classic, vintage and race motorcycles in the Charterhouse online motorcycle on Thursday 27th August.

“There are bikes big and small, old and new, working and projects.” Commented Richard Bromell. “And there are also a couple of motorcycles with star pedigree Top Gear such as a Ducati previously owned by two Top Gear Presenters and a TT wining Yamaha.”

The Ducati 851 was originally bought by the Top Gear presenter James May in 1991. He sold this 851 to his co-presenter Richard Hammond who in turn sold the Ducati to the Charterhouse client.

The third and current owner, who lives in the Cotswolds, has entered a number of motorcycles into auction. With an imminent move abroad and the loss of his storage, he took the difficult decision to auction his collection.

Today, with lw miles and two famous owner, this Ducati 851 with an MOT until June 2021 and having had the benefit of being checked over by a Ducati trained specialist is in great condition and estimated by Charterhouse at £10,000-12,000

For many motorcyclists, the Isle of Man TT is one of the most important destinations with winners held in high esteem. Winning a race at the TT is a dream which many have dreamt of but few have achieved.

Rarely do TT winning motorcycles come on to the open market, but Charterhouse have been instructed to auction the Phil Mellor Yamaha TZ 350 which won the 1983 TT Junior flying around the 37.73 mile mountain course at an average of 107.44 mph. Phil Mellor sadly lost his life at the TT in 1989.

This Phil Mellor Yamaha TZ 350, is fully restored, ready to use, comes with its original TT bodywork and TT winning trophy and is estimated at £20,000-25,000.

All the lots in this Charterhouse online motorcycle auction, are available to see and download on www.charterhouse-bikes.com

The end of the summer is a busy time at Charterhouse, as they are to auction of the contents of the New Inn at Priddy (BA5 3BB) near Bristol on Saturday 29th August, a two day auction of collector’s items, antiques and interiors on 3rd and 4th September, followed by classic and vintage cars on Wednesday 23rd September.

For further information regarding these auctions, or to make a Covid-19 safe home visit, contact Richard Bromell at Charterhouse, The Long Street Salerooms, Sherborne 01935 812277 or email images to Richard on rb@charterhouse-auction.com