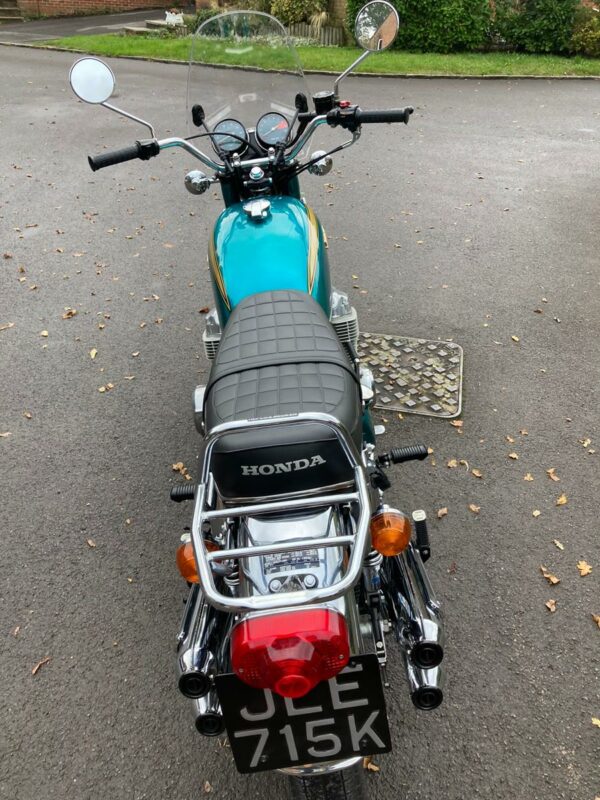 Battle of the Blues

Blue has been a hugely popular colour for painting vehicles in for decades and in the Charterhouse specialist auctions of classic & vintage car and motorcycle auctions in March there are two beautifully restored blue vehicles.

“Like many people several of the vehicles I have owned over the decades have been blue.” Commented Richard Bromell. “As a paint colour blue has wide appeal, enhances the vehicle lines and generally does not show the dirt which is useful, especially at this time of the year!.

First up, going under the Charterhouse auctioneers gavel on 3rd March, is a blue 1974 Porsche 914.

Bought as a retirement project nearly 10 years ago by the Somerset owner the car was painted red when collected. During the restoration, as well as having a full engine and gearbox rebuild along with other mechanicals, the owner stripped the paint back and discovered the car was originally painted in a rather fetching metallic blue called Alaska blue and the car was duly repainted in its factory colour.

Now entered into this specialist classic car auction at the prestigious Haynes International Motor Museum on 3rd March this beautifully restored Porsche 914 is estimated at £17,000-19,000

This car auction is then followed by the Charterhouse specialist auction of classic and vintage motorcycles on 9th March, also at Haynes, where a fully restored 1936 Douglas Endeavour, painted blue and black, is also going under the gavel.

George Beale, who heads up the classic and vintage motorcycle department at Charterhouse, was excited to consign this Douglas 500cc to the auction as it is such a rare motorcycle. It is estimated than under 100 Endeavour’s were produced by Douglas and about 10 remain in existence today.

The Endeavour was radical in every way, the Douglas tradition being broken in that the twin cylinder, side-valve engine was mounted transversely for the first time in a specially adapted frame. Shaft drive was an up-to-the-minute feature but the Endeavour retained hand gear-change because of accessibility design problems with foot change. Final drive was through a four-speed gearbox. The contemporary Douglas catalogue described the Endeavour as ‘The motorcycle of the age, a masterpiece on two wheels, car practice employed throughout, silent, safe, light, luxurious.

Just like the Porsche 914, the owner of the Douglas, who lives in Norfolk, has spent considerable time restoring this rare Douglas to a very high standard and the Endeavour is estimated at 310,000-15,000.

Charterhouse specialists Richard Bromell, George Beale and the team at Charterhouse can be contacted for advice and valuations at The Long Street Salerooms, Sherborne 01935 812277 info@charterhouse-auction.com