**Update – This was sold for £29,750 plus premium. ** A rare 1947 Vincent HRD Series-B Rapide in original condition, estimated to sell for over £30,000, is going under the Charterhouse gavel in their specialist auction of classic and vintage motorcycles on Wednesday 30th June.

“We have seen and sold several Vincent’s over the years but it has been a long time since I have seen one in such original condition” Commented George Beale. “As we say, it is only original once, and with most having been restored over the decades this is a bike for the true collector.”

Produced by Vincent HRD in 1947 this was, and still remains, a beautifully engineered and expensive 998cc motorcycle. Capable of over 110mph when new it was easily the fasted production motorcycle on sale anywhere.

This Rapide was bought by the owner 54 years ago in 1967. In wonderful original condition, exceedingly rare for a 74 year old motorcycle, it is still a matching numbers machine with owner fitting a Watsonian sidecar in 1991 and having had the engine re-built by legendary Vincent motorcycle guru Don Alexander in 1996/97.

Estimated at £30,000-35,000 in the Charterhouse classic & vintage motorcycle auction being held at The Haynes International Motor Museum at Sparkford, Somerset on Wednesday 30th June this rare low ownership Vincent HRD Rapide in wonderful original condition is looking for a new owner.

George Beale and the team of experts at Charterhouse can be contacted for entries at The Long Street Salerooms, Sherborne 01935 812277 or bikes@charterhouse-auction. 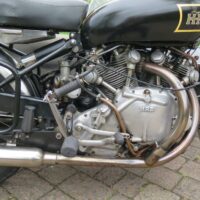 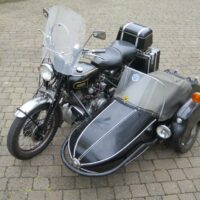 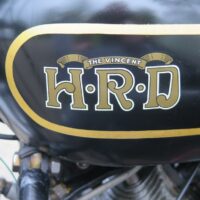 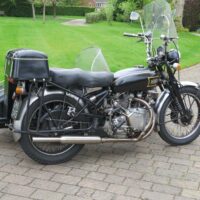